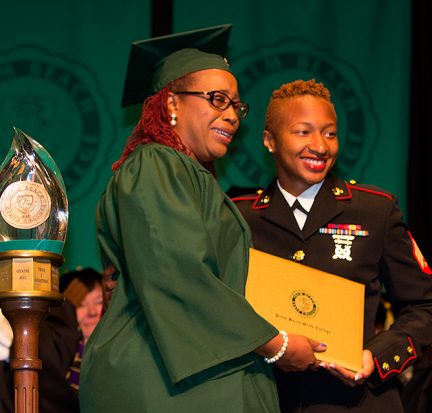 Marine surprises her mom at commencement

Palm Beach State College celebrated its nearly 2,700 spring graduates during two commencement ceremonies Tuesday, and one graduate received an early Mother’s Day surprise from her only child.
A stunned Trina McCray burst into tears when her daughter, Sgt. Lauren Albury of the U.S. Marines, dressed in her military uniform, stepped from behind the stage as McCray’s name was called. While McCray’s parents and friends were in the audience, she thought her daughter could not attend. … END_OF_DOCUMENT_TOKEN_TO_BE_REPLACED