In just six months on the job, Athletics Director Tom Seitz has implemented several new initiatives to raise support for all Palm Beach State College sports programs and to ensure athletes get the academic help they need.
Seitz, the former commissioner of The Crossroads League in Indianapolis, recently started a Panther Athletic Club to help the community become more aware and involved in PBSC athletics.
Anyone is welcome to join the club. Membership fees range from $50 to $250. … END_OF_DOCUMENT_TOKEN_TO_BE_REPLACED 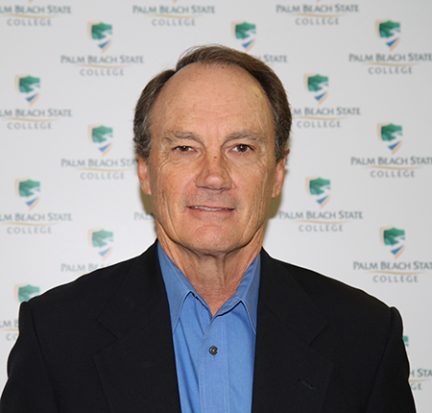 Palm Beach State College welcomes Tom Seitz as its new athletic director.
Seitz officially began his duties Jan. 2. He replaces John Scarpino, who served as the interim director for the past 15 months.
Originally from Daytona Beach, Fla., Seitz has more than 25 years of experience as a collegiate player, coach and administrator. Before joining Palm Beach State, he was the commissioner of The Crossroads League in Indianapolis, where he oversaw the operations for a league comprised of 10 institutions of higher education. … END_OF_DOCUMENT_TOKEN_TO_BE_REPLACED