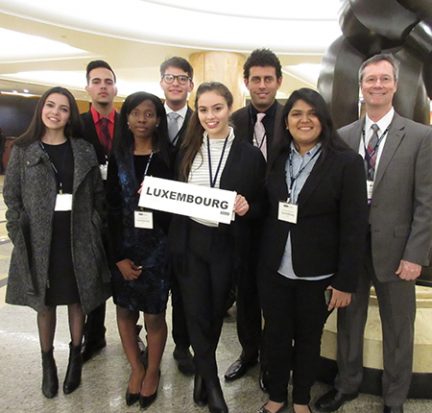 Palm Beach State College’s seven-member team won a Distinguished Delegation Award for their representation of Luxembourg at this year’s National Model United Nations Conference in New York.
This was PBSC’s fourth year participating and third time earning an award, including its second for Distinguished Delegation, at the event billed as the world’s largest intercollegiate Model UN Conference.
During two conferences in March, more than 5,000 college and university students simulated the functions of the United Nations, … END_OF_DOCUMENT_TOKEN_TO_BE_REPLACED

PBSC has received a $3 million federal grant to im

How do you celebrate #HispanicHeritageMonth?

Wearing a #mask helps prevent the spread of #COVID

PBSC and the @pbcsd have partnered to provide #Sou