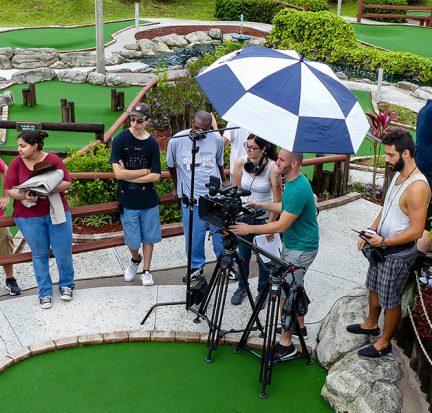 When the curtain goes up at the 2019 Fort Myers Beach Film Festival April 24-28, Palm Beach State College alumni Kat and Josh Brady and Shelby Halberg will be in the audience. They will be on hand to answer questions after the screening of their film, “The Big Frozen Gumshoe,” a feature-length comedy that Kat Brady directed, Josh Brady produced, and Halberg shot.
The film, which had its debut at the Orlando Film Festival in October 2018, … END_OF_DOCUMENT_TOKEN_TO_BE_REPLACED

🌴 Panthers, as we go into the weekend, let us a

🌴 #TBT! Check out this throwback to the groundb