Palm Beach State College has earned national top 10 rankings from two prestigious military publishers for the third consecutive year. Military Times and VIQTORY have placed PBSC third and fourth respectively on their lists of the best higher education institutions for veterans, which in turn makes PBSC the highest-ranking Florida school in its category.
Announced this week, VIQTORY has again designated PBSC a Gold “Top 10” Military Friendly® School, the highest level possible, and maintained the College’s rank as fourth among large public postsecondary institutions in the U.S. … END_OF_DOCUMENT_TOKEN_TO_BE_REPLACED 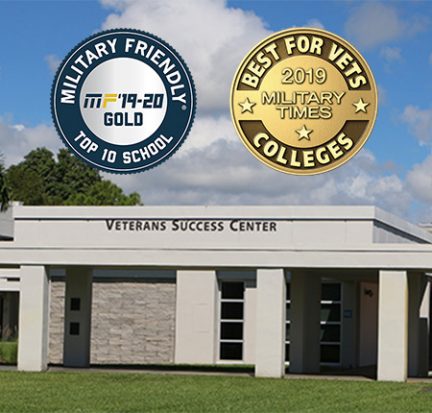 PBSC moves up in top 10 rankings for veterans services

🌴 Panthers, as we go into the weekend, let us a

🌴 #TBT! Check out this throwback to the groundb