The once Miami street rapper turned savvy businessman and brand entrepreneur spoke about his upbringing and ideas to inspire children to learn.

“I want to see kids want to go to school even when they’re sick,” he told the crowd of more than 650 at the Kravis Center for Performing Arts. “That’s why at SLAM!, we try and come up with fun and exciting ways for them to learn like using Fantasy Football as a tool to teach about math.”

In 2013, he helped create the SLAM! (Sports, Leadership, Arts and Management) charter school in one of Miami’s most impoverished neighborhoods with one of the goals being to make education cool and exciting for students. Last year, another SLAM! school opened in West Palm Beach and is a feeder school to Palm Beach State.

Pitbull also spoke about spending time in foster care as a child, as well as time in and out of many schools that he believes were built to fail him. He hopes that today’s system will look different.

“Instead of programming students to be programmed, program them to solve problems,” Pitbull said. “I think a lot of people are scared to step up due to protocol, but if you are solving problems that is the most important thing.” 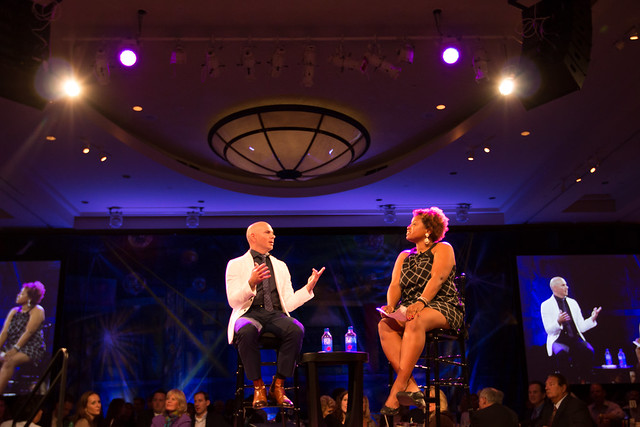