Lake Worth’s Arnoldi Anthony “Tony” Cruz says baseball has been his whole life since he first began playing 23 years ago at age 5. 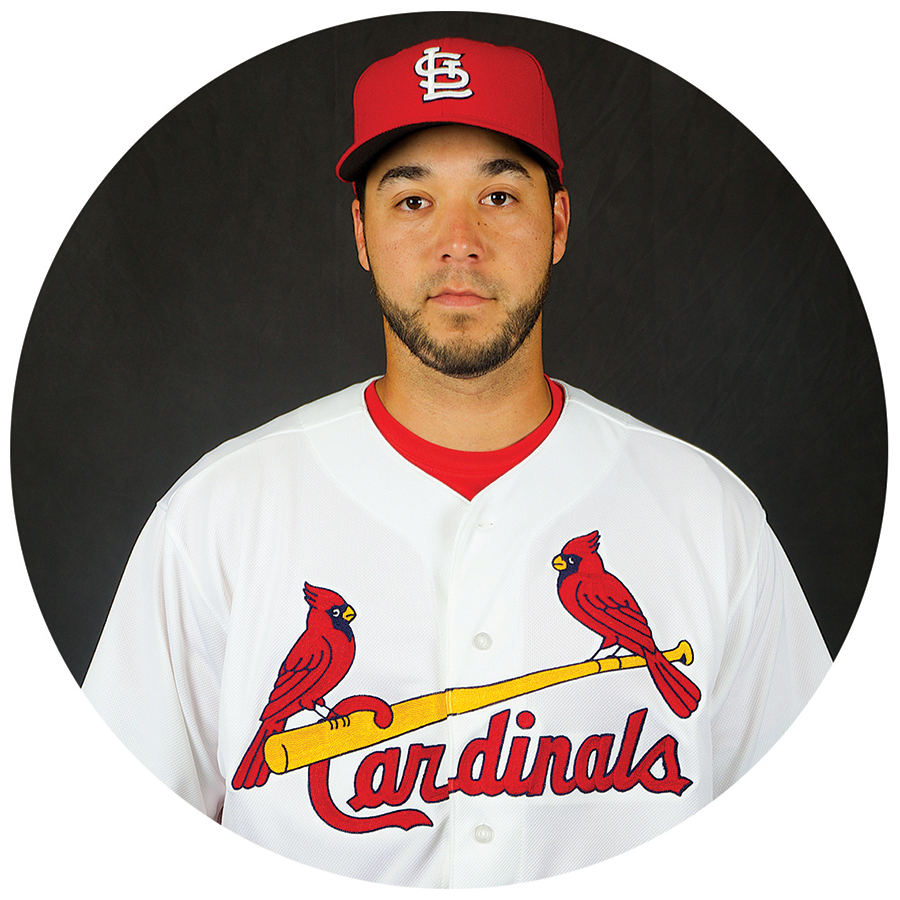 Just eight years ago he was playing baseball for then Palm Beach Community College, where he was a First-Team All-Conference Player. From there, his boyhood dream came true, when he was drafted by the St. Louis Cardinals organization. After four years of hard work at the minor league level, he was called up to join the Cardinals roster in 2011.

“I was honored and blessed to have the opportunity to go to school at Palm Beach. The guys I had around me were a big help,” says Cruz.

The former Santaluces High School standout had been drafted by the Los Angeles Dodgers in the 42nd round of the 2005 June free-agent draft, but he did not sign. Instead, he came to PBCC to play for Alex Morales, who was the College’s head baseball coach from 2006 to 2010. Morales had been a scout for the Atlanta Braves before his coaching years, and he is now scouting for the Washington Nationals. Cruz credits Morales with paving his way to the Major Leagues by encouraging him, developing his skills and putting in a good word for him. “If not for him, I may not have had the chance to have a professional career.”

His memories of college baseball are filled with images of hard-fought games, long bus rides and brief hotel stays. He played the infield for the Panthers, and current PBSC Head Coach Kyle Forbes was an assistant coach at the time. Forbes remembers Cruz and the star quality the player had, even back in school.

“He was a great player for us on the team in 2007, playing third base and a little second base. He was a tremendous talent with an excellent attitude, just a very good, humble player who just played hard every day,” says Forbes. “It is so difficult for kids just to play college ball – the odds of someone making it to the big leagues like Tony has are just astronomical, but he has that combination of great talent and a huge heart.”

According to Forbes, Cruz comes back to visit and work with current players and is helpful to them. He says Cruz has not changed one bit from the days when he wore a Panthers uniform.

“One year he came back and we had some other former players hitting in the cage. I asked, ‘Tony, want to take some swings?’ And he said, ‘No, but I’ll throw some for you,’” recalls Forbes.

As backup to the Cardinals’ principal catcher Yadier Molina, Cruz played in more than 50 games in 2014, participating in pitch sequencing and working with Molina to develop game plans together.

“It is a job and you still have to show up every day and do your job,” says Cruz of playing for a team that won the World Series in 2011, his first year in the majors, and advanced to the World Series again in 2013, when the Cards fell to the Boston Red Sox. “There are guys that have played this game for 13 or 14 years and not won a World Series, so I felt blessed having gotten there my first year.”

John “Mo” Mozeliak, the Cardinals senior vice president and general manager, says Cruz hasn’t gotten to start regularly because he is playing behind the best catcher in the league. But with Cruz’s work ethic, it’s a win-win situation for Cruz and the Cardinals.

“Tony has a great work ethic and that ultimately has allowed him to grow. And, the good thing for Tony is he has the best mentor in the game as far as catching goes,” says Mozeliak. “We signed him out of Palm Beach State College and are optimizing his success behind the plate.”

Looking at Cruz’s progression from the minor leagues, Mozeliak heralds the shy catcher’s defensive skill set and his ability to bring offense to the table. “He is a security blanket for us, and at this level this is critical. We are a very competitive club, and our expectations are very high,” says Mozeliak of Cruz’ confidence to step in when Molina was injured during the season. “Anyone on a major league roster is important to the team, but a backup catcher is very important because you have to jump in when needed.”

Mozeliak is familiar with the dreams of players like Tony Cruz – young people trying to find success, not just in baseball but in life. He says it is the ones who stay focused and disciplined who are more likely to go places.

“I look at someone like Tony who got an opportunity and didn’t waste it. He did the little things right and when you do that you tend to move up,” Mozeliak says. “We are proud of what he has done for us, and because we train in Jupiter, Florida, we have that connection and look at him as kind of a home-grown player.”

To young people dreaming of the big time, whether that’s baseball or another career, Cruz has an inspirational message.

“To be in the big leagues is a dream come true, something you always dream of as a little kid, and it is a lot of hard work,” says Cruz. “I’m happy with my journey and feel privileged to be here. But it’s one thing to get here and another thing to stay here. It just takes hard work.”