The funds will go toward STEAM (Science, Technology, Engineering, Arts and Math) student scholarships and program enhancements to impact the projected shortage of local, skilled professionals in these fields.

The Golf Classic ended with an awards ceremony and cocktail reception.

At the reception, PBSC student Christopher Ferguson told the crowd of more than 100 how a scholarship helped him achieve his educational goals and expressed appreciation to donors.

“Thanks to our donors, we the students, can enjoy the same college experience without stressing to pay for our classes, books, or any other required college-related fees,” said Ferguson. “College is rigorous, so we really appreciate our donors for recognizing our grit and rewarding us for devoting time to student clubs, organizations and volunteer opportunities while excelling academically. Without donors, many of our future leaders of tomorrow, would not be able to register for essential classes needed to pursue their degrees.”

Ferguson, a construction management major, will graduate from Palm Beach State Monday and will attend the University of Florida in the fall.

The Foundation paid tribute to Andre Wade, who has been participating in the Golf Classic as a junior golfer for nine years. The tournament marked Wade’s last play as a junior. He plans to attend Florida State University in the fall.

For more information on the Palm Beach State Foundation Golf Classic, visit www.palmbeachstate.edu/Foundation/Golf To see photos from the day, CLICK ON THE IMAGE BELOW. 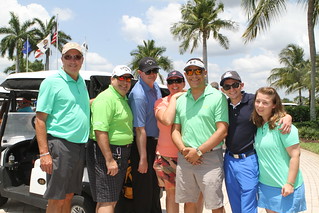